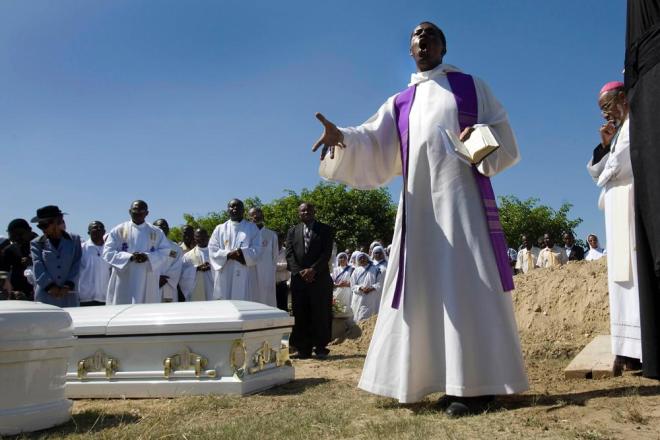 In Port-au-Prince, yesterday, the Catholic Church in Haiti buried their archbishop, Msgr. Joseph Serge Miot, and his vicar general, Msgr. Charles Benoit. The 2.5-hour funeral Mass, attended by thousands of people, including President René Préval, became a general remembrance for the thousands of victims of the devastating earthquake.