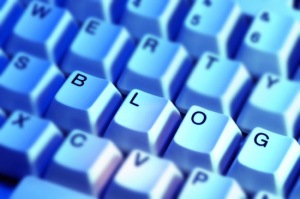 A combination of several things I read today made me think about how influential blogs are, especially Catholic blogs.

Father Z writes this blog post about priest bloggers and the issue of influence is discussed further in the comments. A certain Dutch blogger seems to think she is important enough to have caused the temporary closure of the website of the diocese of Rotterdam. Schoppenkoning concluded a month ago that we bloggers are really not as important and influential as we would like to think. In his Message for World Communications Day Pope Benedict XVI encourages priests to make use of modern media, including blogs.

These are just four points to consider. The Internet is big, very big. So is the Catholic Church. Certain Catholic blogs are also quite well-read, but is that enough? Are size and influence, so to speak, balanced?

A look at the situation in the Netherlands: When there are few Catholic bloggers, it takes little effort for them to be heard over their fellow Catholics, and therefore seem influential. But when we look at the raw numbers, as Schoppenkoning did, this is all very relative. My blog had some 3,500 views this month, from an international audience. 3,500 is not even 2% of the population of Groningen. That is not influential, and I don’t pretend it is, although to me the numbers very gratifying. I hazard to guess that the numbers are higher for other Dutch Catholic blogs, but not in the order of ten to twenty times as high. There are more than 4 million Catholics in the Netherlands. I would assume that Catholic blogs reach significantly less than 10% of them.

Blogging and other social media are important, and should be encouraged. It is a very easy way to reach people and relay information to them. No, more than just relaying information, communicating on a deeper level than is possible via radio or TV. Looking at the audience reached by Father Roderick, and their feedback, would support that.

It is easy to look at your blog and conclude it does well, and that you have done all you could. But there is still an entire world out there, even – no, especially – within the borders of the Netherlands. And there is a lot to gain if we want to make our voices be heard again – a necessity in our mute and inward-looking parishes and communities.

A blog, a podcast, any other means to reach out to people, is a great start. It is not necessarily an achievement if we want to reach out. Blogs by themselves very rarely work that way, unless you are one of a handful of very popular bloggers and podcasters, like Father Z or Fr Roderick, for example. But these men have the great advantage of having a large national or international audience (in both cases very much an American audience). Reaching the relatively small Dutch Catholic population is a different game altogether.

I don’t have the answers, though. But I think it is something to be aware off. A few thousand page views is great, but they are not a measure of influence. I even wonder if solitary Internet activities alone can ever be influential enough…

Still, Catholics: get active, reach out to others, be visible. It’s a good start, if not the be-all and end-all.

This quote by Saint Francis is also valid here: “Preach the Gospel at all times and when necessary use words.”

One month in, and my new blog has had a fair share of views.  Looking at the most popular posts, the dominant topics have been the two archbishops, Msgr. Eijk and Msgr. Léonard. The translation of the interview with the latter is far in the lead, thanks to links to it from such well-read blogs as Fr. Tim Finigan’s The Hermeneutic of Continuity and New Liturgical Movement.

I am also quite pleased to see that my translation of Msgr. Marini’s address has now reached 120 views. It has also been published at Catholica (although it seems to have vanished from their website now) and I have also received a request from the Latin Liturgy Society to use an edited version of the translation in the Easter edition of their bulletin. This is exactly what I had hoped to achieve with this blog: that important documents, interviews, speeches and what have you be available – and read! – in Dutch.

This is the top ten as of today:

1: ”The Belgian Church has been too passive” 858 views

Fr Tim and the New Liturgical Movement are also the main websites through which people find my blog. Dutch blogging priest Schoppenkoning is also among them, with well over 150 referrals. Like Fr. John Boyle, he lists me in his blogroll, with visible results. Lastly, regular links on Twitter and Facebook also help.

A fun statistic to take a look at are the search terms people use to end up on my blog. The title of the blog is the best way to do so, but the name of Pieter Delanoy, the Belgian priest who doesn’t really get it, was also popular. So were things related to the College of Cardinals, Medjugorje, the pope’s new year address, Msgr. Léonard, Rector Schnell of the Bovendonk seminary, Father George Paimpilil, Haiti, Cardinal Danneels and the pope’s visit to the Rome synagogue. One person found this blog by accident, it seems: he searched from 25-year-old Inge from Amsterdam…