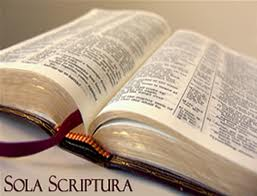 Yesterday I came across an extremely sola Scriptura website which contained a rant against the use of symbols in Christianity. One of their targets, in addition to (of course) the pope and the mitres worn by bishops, was the symbol of the Cross. The reasoning of the writer or writers was as follows: crosses had been used as symbols by various peoples and religions long before Christianity appeared, and it was a torture tool used by the Romans. Oh, and Christians didn’t start using it until the fifth century, no doubt under the influence of the evil Roman Catholics… So, Christians who wear a cross or display a crucifix are pagans exalting a satanic piece of torture equipment.

Well, it is some sort of logic, I suppose…

In formulating a reply, I came across this passage by Pope Benedict XVI, given in the Angelus address of 17 september 2006:

But what does exalting the Cross mean? Is it not maybe scandalous to  venerate a shameful form of execution? The Apostle Paul says: “We preach Christ crucified, a stumbling block to Jews and folly to Gentiles” (I Cor 1:23). Christians, however, do not exalt just any cross but the Cross which Jesus sanctified with his sacrifice, the fruit and testimony of immense love. Christ on the Cross pours out his Blood to set humanity free from the slavery of sin and death.

Therefore, from being a sign of malediction, the Cross was transformed into a sign of blessing, from a symbol of death into a symbol par excellence of the Love that overcomes hatred and violence and generates immortal life. “O Crux, ave spes unica! O Cross, our only hope!”. Thus sings the liturgy. 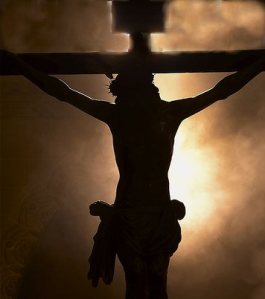 And that is what struck me yesterday. This is what being a Catholic, being a Christian is all about: the transformative power of the faith. Yes, crosses have been used by others in the past; yes, it was a horrible form of execution, but for us, now, it is more than that.

Everything we see, hear, experience, learn and understand in the faith of the Church directs us to Christ. The Cross (now with a capital C) does so too. It has become the symbol of our salvation, for it was the means by which Christ won that for us. To display it, venerate it, kneel before it, are our ways to express our faith and gratefulness for that salvation. And it can help us live according to what salvation, Christ, asks of us. The Cross also shows us that whatever suffering we go through, Christ has gone through as well. “Take up your cross and follow me,” Christ tells us in the Gospel of Mark (8:34). We all have a cross to bear, but Christ has already born it.

“Come to me, all you who labour and are overburdened, and I will give you rest. Shoulder my yoke and learn from me, for I am gentle and humble in heart, and you will find rest for your souls. Yes, my yoke is easy and my burden light.”

Despite what the cross has been in the past, what matters is what the Cross is for us, today. Christ has transformed it for us, used it to indicate our salvation, but also our burden, both the one we carry with us and the one He places on our shoulders, which He helps carry. He has done so, and He does so in all time.