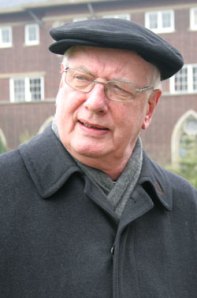 Although the full text of the court’s decision has not been published yet, it is clear that Cardinal Adrianus Simonis will not be prosecuted for perjury in the case of the Salesian priest Jan N., who committed sexual abuse under the cardinal’s watch, when the latter was archbishop of Utrecht. During a witness hearing Cardinal Simonis had stated that he was not aware of any sexual abuse committed by clergy. A man who was abused by the priest in question subsequently lodged a formal complaint against this statement with the public prosecutor.

The prosecutor has now stated that their is no evidence that Cardinal Simonis intentionally lied and has declared the complaint unfounded. The cardinal himself was not questioned about the complaint.

One thought on “Not a liar – Cardinal Simonis free from prosecution”