In an excellent CNS video, Father Wojciech Giertych explains why Catholic priests are men only, and also delves into the counter-cultural nature of Christ and the unique closeness to Him that women often achieve.

Fr. Giertych is the Theologian to the Papal Household and, as such,  advises the Pope on theological issues and checks the theological clarity of papal publications. 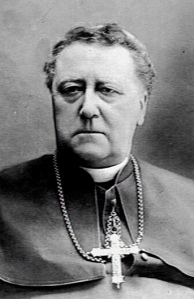 In 1946 the archbishop of Utrecht became the first resident cardinal in the Netherlands since the Reformation. But Cardinal Jan de Jong need not have been the first.

Historical research indicates that in 1911 Pope Saint Pius X had his eyes on Archbishop Henricus van de Wetering as the first Dutch cardinal of modern times. But the publication of his encyclical Editae saepe, a year earlier, made that rather difficult, as that encyclical on Saint Charles Borromeo brought forth the fury of Queen Wilhelmina, who was less then pleased with the strong anti-Protestant language in the papal publication.

Making Archbishop van de Wetering, who headed the Archdiocese of Utrecht from 1895 to 1929, a cardinal would unnecessarily antagonise the queen and perhaps increase the anti-Catholic tendencies existing in Dutch society at that time.

Instead, Pius X went for a safer option: a Dutch cardinal, but one who was working in the Curia, on the Commission for the Codification of Canon Law and as general consultor of the Redemptorist order: Willem Marinus van Rossum.

After Cardinal de Jong, every archbishop of Utrecht was created a cardinal, if he wasn’t one already, such as Cardinal Willebrands.