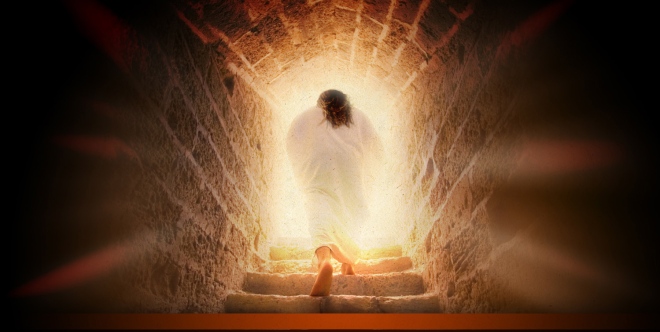 “One thing above all appears different, seen with the eyes of faith: death! Christ entered death as we enter a dark prison; but he came out of it from the opposite wall. He did not return from whence he came, as Lazarus did who returned to life to die again. He has opened a breach towards life that no one can ever close, and through which everyone can follow him. Death is no longer a wall against which every human hope is shattered; it has become a bridge to eternity. A “bridge of sighs”, perhaps because no one likes to die, but a bridge, no longer a bottomless pit that swallows everything. “Love is strong as death”, says the song of songs (Sgs 8:6). In Christ it was stronger than death!”