There has been little change in the composition of the College of Cardinals lately, but then suddenly one change follows another. One day after the 80th birthday of Belgian Cardinal Danneels (more on that later), the Church mourns the passing of Stanisław Kazimierz Cardinal Nagy.

The half-Polish half-Hungarian theologian was born in 1921 in the southern Polish town of  Bieruń Stary, which had been German until earlier that year.

In 1937, young Stanisław answered his religious calling and joined the Congregation of the Priests of the Sacred Heart, better known as the Dehonians, named after their 19th-century founder, Fr. Léon Dehon. As a member, he was sent to study Catholic theology and philosophy at the renowned universities of Kraków and Lublin.

In 1945, Nagy was ordained as a priest of the Dehonian Congregation, and was appointed as seminary rector in Kraków and Tarnów. He continued his studies at Lublin and in 1952, Fr. Nagy received a promotion in moral theology. He remained at the university as a professor in the same subject.

Over the course of the years, Fr. Nagy’s theological career saw him as a member of the International Theological Commission, the Joint Catholic-Lutheran Commission and the editorial staff of the Catholic Encyclopedia, all in the early 1970s.

He also authored several books on topics such as ecumenism and his countryman, Blessed Pope John Paul II. In recognition of his contributions to the field of theology, John Paul II chose to include Fr. Nagy in the College of Cardinals. He did so in the consistory of October 2003. Prior to this, Fr. Nagy was consecrated as Titular Archbishop of Hólar.

Cardinal Nagy, already 82 at the time of his creation, became cardinal-deacon of Santa Maria della Scala. He never participated in a conclave, due to his age.

With the passing of Cardinal Nagy, and the 80th birthday of Cardinal Danneels, there are now 203 cardinals in the Church, of whom 112 are electors.

Happy anniversary to Bishop Robertus Gerardus Leonia Maria Mutsaerts, who today marks the 20th anniversary of his ordination to the priesthood. 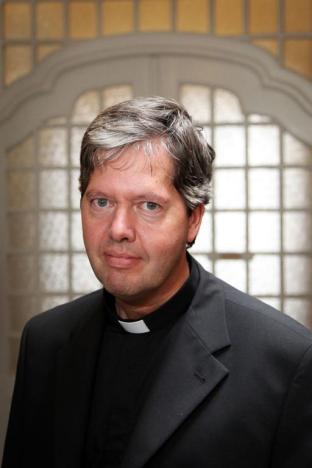