Christmas is the day on which we reopen our hearts to Christ, to receive Him as He was received more than 2,000 years ago. We find Him also in the people around us, with their questions, curiosity and need for confirmation in and strengthening of their faith.

Hence another round of questions to be answered. I find these questions in the search terms that have lead people to my blog. In some cases their search will have given them an answer, in other cases it won’t. For them, and for other as well, I will try and give short comprehensive answers that may be of help. All questions were asked in the last month. 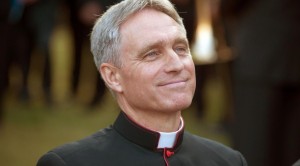 Archbishop Gänswein is the Prefect of the Papal Household, personal assistant to Pope emeritus Benedict XVI and one of the most visible prelates next to the Pope. At general audience and other major events with the Holy Father, he can be seen at his side. Will he be made a cardinal in next February’s consistory? I would expect not. There are a few reasons for this. No Prefect of the Papal Household has been a cardinal since Pietro Gasparri from 1914 to 1918, and he was already a cardinal when appointed to the office. However, the five Prefects between Gasparri and Gänswein were made a cardinal later: Giovanni Tacci Porcelli in 1921, after wrapping up his duties as Prefect of the Holy Apostolic Palaces and before being made Secretary of the Sacred Congregation for the Oriental Churches; Mario Nasalli Rocca di Corneliano in 1969, also immediately after completing his work as Prefect; the same goes for Jacques Martin in 1988; Dino Monduzzi in 1998; and James Harvey in 2012, when he was made Archpriest of St. Paul-Outside-the-Walls. So there is certainly a precedent for Archbishop Gänswein being made a cardinal after being given another position in the Curia or in a diocese somewhere. But will Pope Francis be the one to do it? I have my doubts. I expect that his first consistory may be fairly light on Curial prelates and heavy on diocesan bishops, shepherds in the truest sense. And creating men as cardinals as a form of reward? I don’t see Francis doing that either.

I am a Catholic but have not been to Church in a very long time. How do I get back?

Go. Just go to a Church near you, or further away of you want, and enter. You are always welcome. Christ is there and He will not turn you away. Enter and sit down, open your heart to Christ. Take all the time you need. And if the time is right for you, strike up a conversation. With a volunteer, the sacristan, a Massgoer, the parish priest, even. They can and will welcome you and help you in whatever way you want and need. Don’t think there is a lot you need to do as soon as you walk into the church. God is patient. Once you are ready, the priest can help you take the next steps to return to full communion with Christ and His Church.

Who is Catholic Bishop Lewis Zeigler?

I’ll leave that to Father John Zuhlsdorf to explain and interpret.