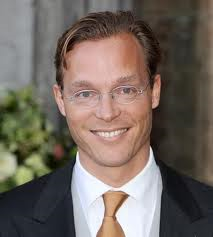 Dutch foreign secretary Frans Timmermans today appointed Prince Jaime de Bourbon de Parme as the next ambassador of the Netherlands to the Holy See. Prince Jaime is the cousin of King Willem-Alexander, and the son of Princess Beatrix’ sister Princess Irene. Via his father he is a descendent of the French royal house of Bourbon. Although the Holy See still needs to agree with the appointment, it is in several ways a unique one.

Not only is the prospective new ambassador of royal blood (although not a member of the royal house), he is also a Roman Catholic. That is unique among recent ambassadors to the Holy See, who have usually been  Protestant, like the majority of the royal family.

At the moment, Prince Jaime works at the Ministry of Foreign Affairs. He is one of twenty newly appointed Dutch ambassadors.

Current ambassador Jos Weterings arrived in Rome in October of 2011. When Prince Jaime’s appointment will be okayed by the Holy See and when he will take on his duties is as yet unknown.

One thought on “A royal ambassador”