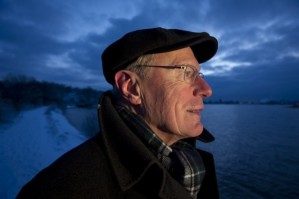 The Archdiocese of Hamburg in its current form is very young, being restored in 1994 out of territories formerly belonging to the Dioceses of Hildesheim and Osnabrück and the Apostolic Administration of Schwerin, which was completely absorbed by the new circumscription. Hamburg is the only diocese to cover parts of both former West and East Germany. But although it didn’t exist for the major part of the 20th century (from 1930 to 1994), Hamburg does have a long history.

It was first established in the ninth century from the Diocese of Bremen and was already a metropolitan archdiocese then. It not only included parts of modern Germany, but also most of modern Denmark. In 1972 it was unified with Bremen, becoming the Archdiocese of Hamburg-Bremen, which covered also parts of modern Sweden, Finland and the Baltic states. In the 16th century the Reformation hit, and Hamburg-Bremen was suppressed. Almost a century later the Church in northern Germany reached a new semi-stability as the Apostolic Vicariate of the Nordic Mission, which included roughly the northern half of Germany, parts of modern Poland, the Nordic countries including Iceland. After much of that territory was split off into various new dioceses and administrations, the rump of the Nordic Missions vanished again, becoming part of the Diocese of Osnabrück in 1930. Schwerin, the part of Osnabrück that was in East Germany, became its own administration in 1973. In 1994, the new Archdiocese of Hamburg was restored as outlined in the image above, taking the bishop of Osnabrück, Ludwig Averkamp, with it as its first archbishop.

A short video on the Archdiocesan website serves as a small note of thanks to the retired archbishop, highlighting, among other things, the funeral of Archbishop Averkamp and Archbishop Thissen’s efforts that lead to the beatification of the martyrs of Lübeck, three priests and a Lutheran pastor who were murdered by the Nazi regime.

Archbishop Thissen hails from the Diocese of Münster, having been born in the city of Kleve near the Dutch border. After his ordination in 1966 he was a parish priest, spiritual councillor and subregent of the diocesan seminary. Following his promotion in 1974 he worked in the diocesan offices in the sections for general pastoral care and pastoral care for clergy and employees of the diocese. He became a resident cathedral chapter member of Münster in 1984 and vicar general in 1986. In 1999, Msgr. Thissen was appointed as auxiliary bishop of Münster and titular bishop of Scampa. In 2003 followed his appointment as archbishop of Hamburg.

And a second video, showing Archbishop Thissen’s love for music as he says goodbye to a number of faithful at the chapel of St. Ansgar in Hamburg:

The process of selecting a new archbishop is not unlike the one I outlined earlier, when discussing how a new archbishop of Cologne is chosen. A diocesan administrator is to be chosen within eight days, and in the meantime the senior auxiliary bishop, Msgr. Norbert Werbs, runs the archdiocese. The cathedral chapter, the nuncio and the bishops of the Province of Hamburg (which also includes Osnabrück and Hildesheim), as well as those of the Provinces of Cologne and Paderborn, the Archdiocese of Berlin and the Dioceses of Erfurt and Görlitz are all to present candidates. The Pope will then draft a list of three names from all of these proposals, from which the cathedral chapter is to choose a new archbishop. The expectation is that this entire process can take as long as a year.

One thought on “Hamburg falls vacant as Archbishop Thissen retires”