Breaking and unexpected news today as the Archdiocese of Utrecht announces that, after a four-year hiatus, it will once more be housing its own seminary within the borders of the archdiocese. In 2010, the Ariënskonvikt in the city of Utrecht closed its doors as part of a wider financial reform started by Archbishop Wim Eijk (at the time, he called it one of the hardest decisions he had to make as bishop). The seminarians of the archdiocese moved to the seminary of the Diocese of Haarlem-Amsterdam, and in Utrecht the former vice rector of the seminary Fr. Patrick Kuipers, continued to manage the affairs of seminarians and conducting projects related to vocations and formation.

Now, the seminarians are to come home to Utrecht, back to the old house they vacated four years ago, which now lies next door to the Faculty of Catholic Theology, which moved to the inner city a few years ago. Seminarians will receive their academic formation there. Fr. Kuipers will be the rector of the newly established institution. 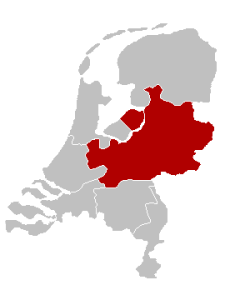 There are several reasons for the return to Utrecht, of which the improved financial situation of the archdiocese if the most important. There is also a slow increase in seminarians, which, together with the limited space available, means that the new seminary is only open to seminarians from the archdiocese. In the past, Utrecht was also home to seminarians from the Diocese of Groningen-Leeuwarden. Another reason to return to Utrecht was the peripheral location of the Tiltenberg, the seminary of Haarlem-Amsterdam, as seen from the archdiocese. The seminarians would be travelling long distances from there to the parishes in which they learned the trade, so to speak.

The Archdiocese of Utrecht currently has eight seminarians, who will all be housed in Utrecht,. These will be joined by four religious of congregation of the Misioneros de Cristo Maestro who will form their own community. Before he came to Utrecht, Cardinal Eijk established contacts with this congregation with an eye on establishing a community in the Diocese of Groningen-Leeuwarden, where he was bishop at the time.