Ghent’s Bishop Luc Van Looy devotes his Christmas letter to the peace of this period. Peace in ourselves, but also the peace we are obliged to share with those who need it most, especially the homeless, the displaced and the refugees. 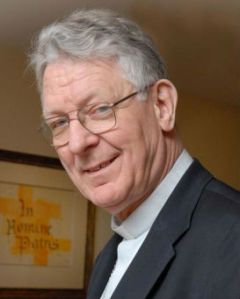 To all people of good will
Christmas letter from Msgr. Luc Van Looy, Bishop of Ghent

The commemorations of the start of the First World War remind us of what our ancestors did to achieve peace. In the past year we could learn much from the media about this dark page in our history. At the same time we are continuously confronted with the horrible situations in which many people live today, because of the violence of war. The UN speaks of 28 million people without a home and 10 million refugees in the world at this moment. Among these people there are a great many children, especially since those countries in which war now rages have a culture of families with many children. In 2013, 15,840 people asked for asylum in Belgium, people mostly from eastern European and African countries.

We can’t take comfort in the thought that these things happen in distant countries. We can’t remain blind to the situation of so many displaced persons in our towns and cities: homeless, squatters, people without a house, who are completely dependent on social services for their food and clothes. Perhaps we et to easily rid of our duty by giving some small alms or donating to some project for children in Africa or Latin America. A child in London asked, “Why would I go to my mother’s when there is no electricity of water there?” These people need our love, just like our material support.

Pope Francis sees in these “new forms of poverty and vulnerability … the suffering Christ”. “The homeless, the addicted, refugees, indigenous peoples, the elderly who are increasingly isolated and abandoned, and many others” all call to mind the suffering Christ. The image of breaking the bread and pouring the wine as His body and blood are irrevocable signs of the total givenness of Christ. Pope Francis calls for generous empathy out of that union with Christ. Referring to himself, he says, “Migrants present a particular challenge for me, since I am the pastor of a Church without frontiers” (cf. Evangelii Gaudium 210).

Christmas is an ideal period for special focus on these social problems. Mary and Joseph also failed to find shelter for the birth of Jesus. In addition, they were forced to flee with Him to Egypt. Herod did not recognise the Messiah in this child; he was not interested in the person, but to his own position as steward. It is our duty to focus on the person and not to judge or generalise based on race or culture, religion or ancestry, poverty or wealth, orientation or age. The incarnation of Christ shows us that every human being deserves attention. Jesus comes among the people. He joins in their conversations and speaks with authority, but at the same time He listens to their concerns. He has special attention for the deprived, the sick, the poor, the children. His attention is for the sinners; He lets the adulterous woman go, to ultimately praise her to the expense of the host. He is a man among men. He did not take pride in His descent. On the contrary, He became the servant of all.

In the social unrest that we have witnessed recently, we need to distinguish what is important. Here too, man needs to be in the centre instead of mere power play. Here the Pope also speaks: “Conflict cannot be ignored or concealed. It has to be faced. But if we remain trapped in conflict, we lose our perspective, our horizons shrink and reality itself begins to fall apart. In the midst of conflict, we lose our sense of the profound unity of reality” (Evangelii Gaudium 226).

Christmas teaches us to bring peace. “He is the peace between us” (Eph. 2:14), and He paid the price for it with His blood on the cross. People and cultures are diverse and you can try to achieve peace through negotiations, but nothing is as strong as the unity of Spirit. Unity is fundamental and transcends all conflict. Looking for a synthesis, one must depart from the desire for unity among all people. It is a matter of appreciating the other, esteeming him – more than yourself – and recognising and accepting the dignity of all. This attitude can defeat all partisanship and conflict. No one is more man because he or she was born in some privileged culture or in a certain context. Equality flows from the gift of life itself, which everyone has received from the same Father.

Dear friends, states of war, conflict, migration and poverty can not leave us unmoved. There are many initiatives in this time of Christmas to ease the fate of others, to share the warmth of the community. In this time everyone may experience that Christ has come to bring peace and unity. But it is important that this attention is not limited to the period of Christmas, but spreads throughout the year. The service to people and the world – we call this te diaconate – is an essential aspect of our Christianity.

I wish for the year 2015 to be a year of solidarity and service for all of you, of friendship which resolves conflicts, of peace in families. May the peace of Christ for every man be even stronger than just a “Christmas truce”, so that it may be a new start wherever necessary. For it was God’s intention to give everyone peace, when He sent His Son into the world.