I have recently been asked to run the Twitter account of my parish, which means I have been taking a number of photos during the major events of the week. I will share them here in this post, which will remain at the top of the blog until some time after Easter. New updates will appear under it. The newest photos will appear at the top, so the chronology starts at the bottom. 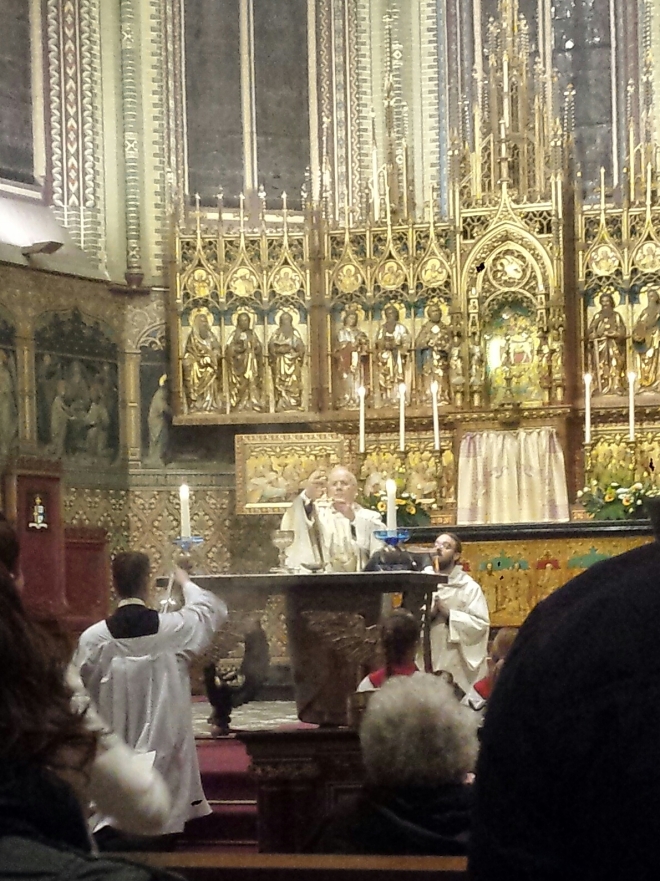 The consecration of the Holy Blood of Christ.

Three men were baptised and confirmed during the Easter Vigil. 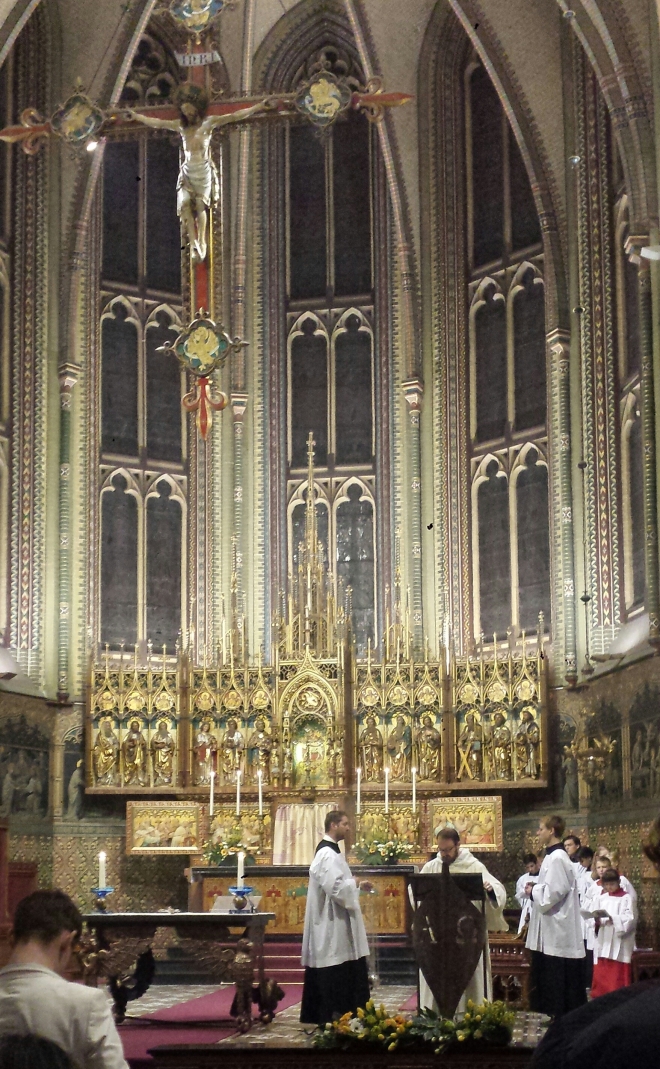 Brother Hugo reads the Gospel in the now fully decorated and illuminated sanctuary.

One of the many flower bouquets decoration the cathedral for Easter.

The events for Good Friday announced on a poster at the cathedral. 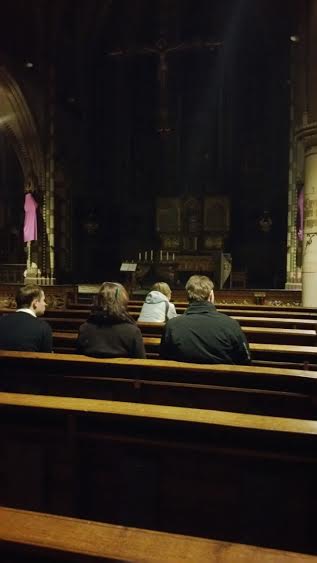 Six candles in the sanctuary, one or each of the six Psalms sung during the Tenebrae. A seventh one, the middle one, for Christ, is still to be added. The latter candle does not get extinguished, but is moved behind the altar to symbolise the burial of Christ, and then revealed and lifted up to symbolise His resurrection. 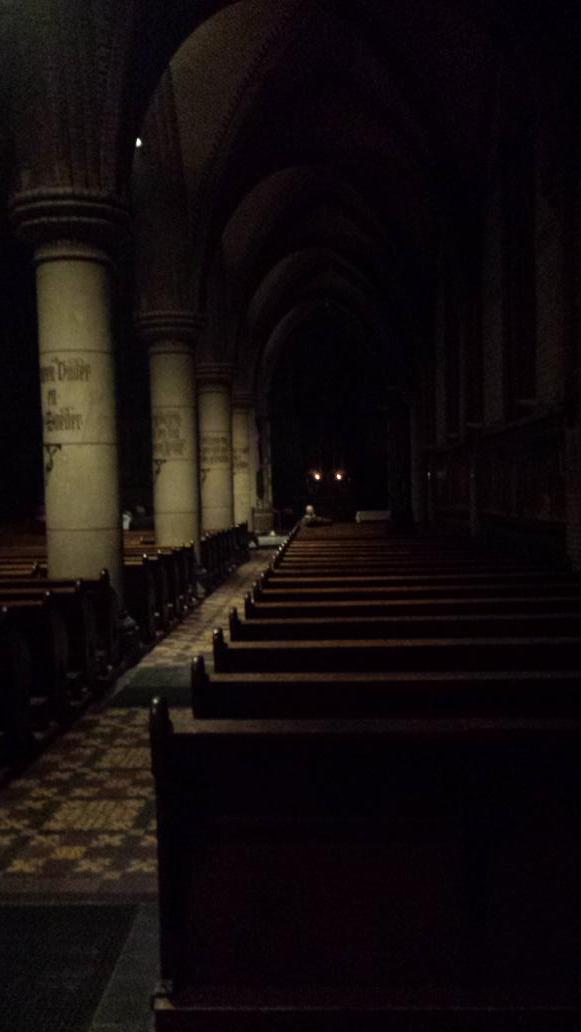 Candles yet burn at the altar of repose.

The main altar, barren and empty, lies in darkness as the Blessed Sacrament has been moved to the altar of repose. Jesus at prayer in Gethsemane… 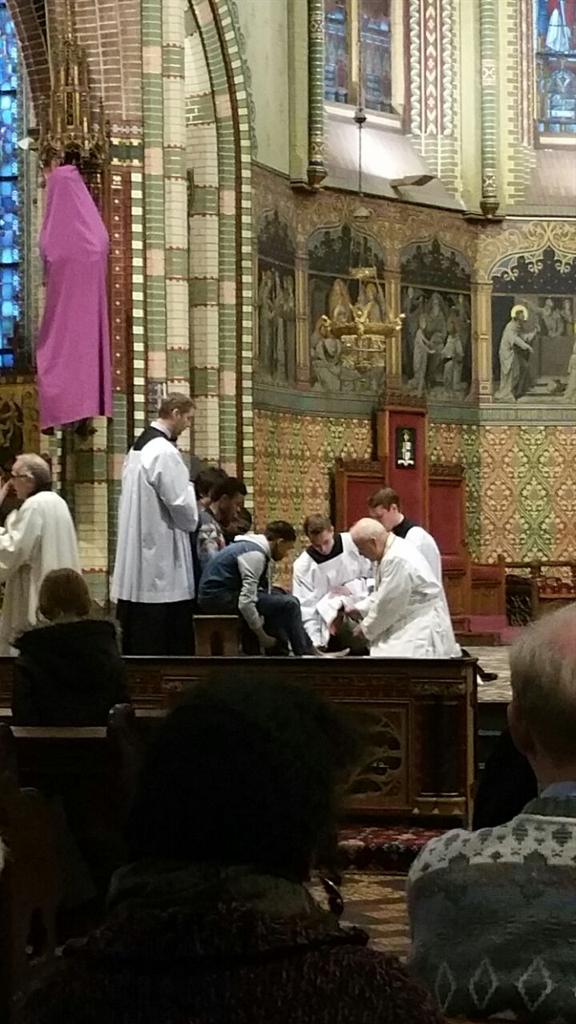 The footwashing, following Christ’s example on the eve of His Passion.

Diocesan priests at the Chrism Mass.

Preparing the flasks of oil for the Chrism Mass.

Poster announcing the Tenebrae, which will be sung at the cathedral on the eve of Good Friday.

Children with their homemade crosses process through the church after Palm Sunday Mass. Weather sadly prevented a procession in the streets. 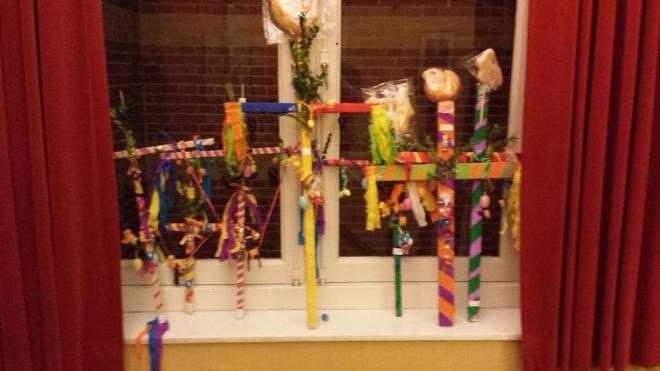 Some of the crosses made by the children of the parish for Palm Sunday. 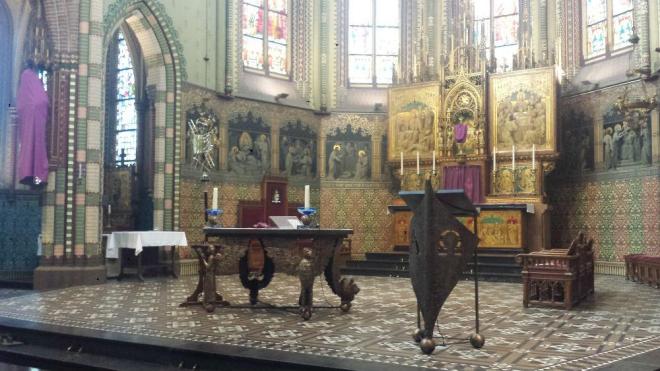 The sanctuary of the cathedral at the start of Holy Week, with statues and crosses veiled.