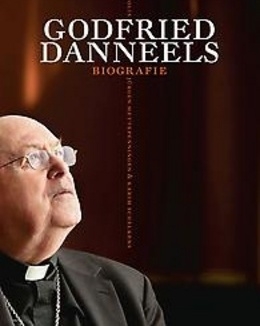 In an extensive biography (cover pictured), published earlier this week, Cardinal Godfried Danneels, retired archbishop of Mechelen-Brussels and personal choice of Pope Francis to attend the Synod of Bishops assembly in two weeks time, speaks frankly about his membership of a group of cardinals and bishops, which he likenes to a maffia. This group, named Sankt Gallen for the Swiss town where they would meet, became active in 1990s and included among its members the late Cardinals Carlo Martini and Basil Hume, Cardinals Kasper and Lehmann, as well as Bishop Ad van Luyn, bishop emeritus of Rotterdam.

It should be noted that I have not been able to read the biography myself yet, so I draw my conclusion from those snippets I have read and from what others have written.

The group, which Cardinal Danneels called a maffia in an interview, had the aim of radically modernising the Church following the papacy of St. John Paul II. Members could speak freely and no records were kept, as the cardinal admitted once the group’s existence was revealed in research related to the writing of the biography.

Unhappy with the course of the Church under Saint John Paul II (who appointed Cardinal Danneels as archbishop in 1979 and cardinal in 1983), the group tried to influence the conclave of 2005, and Cardinal Danneels freely admits to have been disillusioned when the former Prefect of the Congregation for the Doctrine of the Faith was elected as Pope Benedict XVI. Apparently they had a Pope in mind in the mold of Pope Francis, and his 2013 election was met with satisfaction.

It is one thing to discuss the future and express hopes and wishes, it is quite another to form a sort of shadow cabinet in blatant opposition to the Pope and expressing disappointment when the wrong pontiff is chosen. Cardinal Danneels does not seem to see it as problematic that he so callously disregards one Pope and creates an artificial opposition between him and his successor.

As Catholics we believe in the guidance of the Holy Spirit when a new Pope is chosen. We believe that his work is for the good of the work, even when we may sometimes disagree with the way he works or what he focusses on. There is a certain element of loyalty involved, especially on the parts of cardinals and bishops, who have been created and appointed to assist the Pope in the affairs of the world Church. Loyal disagreement, which may be expressed personally to the Pope or even publically when well-founded and expressed with aforementioned loyalty and faith in the Spirit is certainly possible. It may even be good sometimes.

But this is not what the Sankt Gallen group did. Secret meetings, no records, a maffia… This does not give an impression of loyalty, but of an attempt to influence things in secret, behind the scenes. And while the group is evidently happy with Pope Francis, he may turn out to be their greatest enemy. From the very beginning of his papacy, Pope Francis has wanted to end the backroom politics and hunger for personal gain in the Curia and has been very clear about what a bishop should be: concerned not with power, but with the sheep.

Personally, I do not like pidgeonholing people (Cardinal Wilfrid Napier has a good article in the Catholic Herald on that same topic, by the way), and I don’t believe for one second that Cardinal Danneels is or has been all bad, as some would have us believe. But that does not take away the fact that he has gone beyond his authority and the conduct expected of cardinals and bishops.

One thought on “Don Danneels? The power struggles of the Belgian cardinal”