The place of the German dioceses in the world Church is unique in several ways. Their relations with Rome are dictated by concordats which also influence the appointment of bishops (rather than the Pope choosing a new bishop from a list of three candidates, it is the other way around for most dioceses in Germany; it is the Pope providing a list of three candidates to the cathedral chapter of a given diocese, who then make their choice for the Pope to appoint). And there is also an unofficial tradition when it comes to auxiliary bishops: in at least the major (arch)dioceses, there will always be the same number of auxiliary bishops. For example, Cologne has three, one for each of its pastoral areas, and Hamburg has two.

Or had, at least. 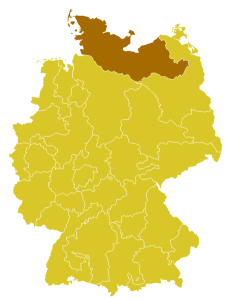 In the Archdiocese of Hamburg the tradition is about to change. Hamburg is perhaps a little too young to have very old traditions, but this goes a bit further back than the archdiocese. Established in 1994, the archdiocese was given two auxiliary bishops, one residing in Hamburg, the other in Schwerin. And in Schwerin, the tradition of having a resident auxiliary bishop goes back another 40 years, to 1973, when the area, then still part of the Diocese of Osnabrück, was made a nominally separate Apostolic Administration. This because of the political situation at the time: the new Administration was that part of Osnabrück which lay in the communist German Democratic Republic, divided from the rest of the diocese by the iron curtain. As this border between west and east prevented easy travel by the bishop from Osnabrück to the faithful in Mecklenburg and Vorpommern, the Holy See appointed an auxiliary bishop to reside in Schwerin, who could be a bishop for the faithful there when the ordinary could not. After the German reunification, major parts of Osnabrück, including Schwerin, were split off to become the new Archdiocese of Hamburg, but the auxiliary bishop in Schwerin remained, now as an auxiliary bishop of Hamburg. Since 1981, that has been Bishop Norbert Werbs, who retired in May of 2015. No successor has been appointed since then, and none will, it now seems. 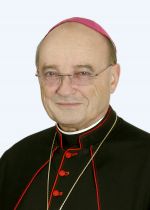 A spokesman of the archdiocese said that, in the future, the sole auxiliary bishop would reside in Hamburg, like the archbishop. That single auxiliary is currently Hans-Jochen Jaschke (at left) who is set to retire upon his 75th birthday on 29 September of this year. Not only is this the end of a cold war arrangement, one of those which so marked the recent history of the German dioceses – of which Hamburg is the only one incorporating parts of both former East and West Germany – but also a move that decreases the number of German bishops by one. Before now any retiring bishop, be he an ordinary or auxiliary, could expect a successor to be appointed within reasonable time (auxiliaries quicker than ordinaries).

The decision to no longer appoint two auxiliary bishops for Hamburg was made by Pope Francis and Archbishop Stefan Heße together, it is said. In preparation for the selection of the single new auxiliary, to be appointed when Bishop Jaschke retires, the archbishop has asked for suggestions from some 100 people in the archdiocese.