End of a long sede vacante

It took thirteen months, an almost unprecented long time, but the Diocese of Groningen-Leeuwarden will soon have a bishop again. The Apostolic Nuncio, Archbishop Aldo Cavalli, had already stated that the name would be known before Easter. With tomorrow being the fifth Sunday of Lent, he was cutting it a bit close. The long time between bishops gave rise to some speculation and rumours, which I wrote about here. These speculations will undoubtedly continue now that there is a new bishop. Many will choose to see the selection, which was ultimately made by Pope Francis, in political terms: the new bishop is either a man in the vein of the Holy Father, which means he is a pastoral figure with an eye for the people instead of the law; or he fits the mold of Cardinal Eijk, which means he is a dogmatic, a stickler for rules. Reality, as often, is more nuanced. 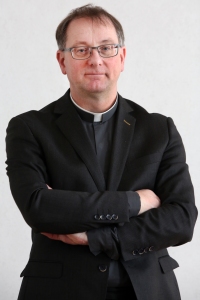 The new bishop comes from the south, and thus, in a way, makes the opposite move than his predecessor, who went from Groningen-Leeuwarden to ‘s-Hertogenbosch. From that later see comes its vicar general, Msgr. Ron van den Hout, to take over the reins of this country’s most northern diocese.

Bishop-elect Van den Hout is 52, not extraordinarily young or old when compared with his predecessors. He has been vicar general of the Diocese of ‘s-Hertogenbosch since 2012. He was ordained to the priesthood in 1993, studied in Rome and Nijmegen, and most recently taught Bible studies at three seminaries, in addition to serving as temporary pastor in the Bommelerwaard region, in the north of the diocese.

The new bisdom inherits a diocese wich, in some ways, is a work in progress. In the eight years (from 2008 to 2016) that Msgr. de Korte was ordinary, the diocese underwent a process of change which saw the number of parish decrease from 84 to 19. While the previous bishop made it policy to maintain the old parishes as communities in the new larger parishes, it is up to the new bishop to see the process to its conclusion and his choice to keep Bishop de Korte’s vision intact or adapt it as he sees fit. With one parish, which includes the cathedral in Groningen, exempt from the mergers, only two new parishes are awaiting establishment,  while a third is already merged, but will see one more old parish join at a later date. The entire process is expected to be concluded by 1 January 2018.

In the years that Bishop de Korte led the diocese, the number of religious establishments within its boundaries tripled. A relatively large increase, in absolute numbers it is perhaps somewhat less impressive: from one to three. In addition to the shrine of Our Lady of the Garden Enclosed in Warfhuizen, which is under the care of hermit Father Hugo, the Holy Ghost Fathers have established themselves in Heerenveen, while the Cistercians from Sion Abbey are working to build a monastery on the island of Schiermonnikoog. Bishop de Korte actively encouraged this trend, and his successor could do worse than do likewise.

The Diocese of Groningen-Leeuwarden is one of the two youngest in the Netherlands, having been established in 1955, it is the second largest in size, and the smallest by number of Catholics (a little over 100,000, of whom some 10% attend a Mass or celebration over the course of one weekend)*. It covers the three northern provinces of the Netherlands (Fryslân, Groningen and Drenthe) as well as the northern third of the province of Flevoland. Its population varies from traditionally left-wing in the former Communist stronghold of eastern Groningen, to traditionally Catholic along the German border from the southeastern tip of Groningen to the south of Drenthe. Major cities are few, but include the university city of Groningen, which is also home to the cathedral of St. Joseph and the diocesan offices (relocated there by then-Bishop Willem Eijk, bishop from 1999 to 2008). Catholic faithful are clustered in various places, but in general the parish, especially in the countryside, are expansive. Coupled with a relative low number of priests this means that clergy has to be able and willing to travel.

Bishop van den Hout Will be the fifth bishop of the Groningen-Leeuwarden. Two of his predecessors are still active: Cardinal Willem Eijk as archbishop of Utrecht, and Msgr. Gerard de Korte as bishop of ‘s-Hertogenbosch. Bishop Hans van den Hende of Rotterdam is a former priest and vicar general of the diocese, and his immediate predecessor, Msgr. Ad van Luyn, was born in Groningen.

In the past eleven months, since the installation of Bishop de Korte in ‘s-Hertogenbosch, the diocese has been run by diocesan administrator Fr. Peter Wellen, vicar general under the previous bishop, and general delegate Fr. Arjen Bultsma, formerly the episcopal vicar for Fryslân and the Noordoostpolder.

Bishop-elect van den Hout was informed about his appointment last week, and accepted it on Wednesday. His initial reaction was hesitant, but he realised that it was “something that had come his way, and I was obliged to cooperate gladly”. 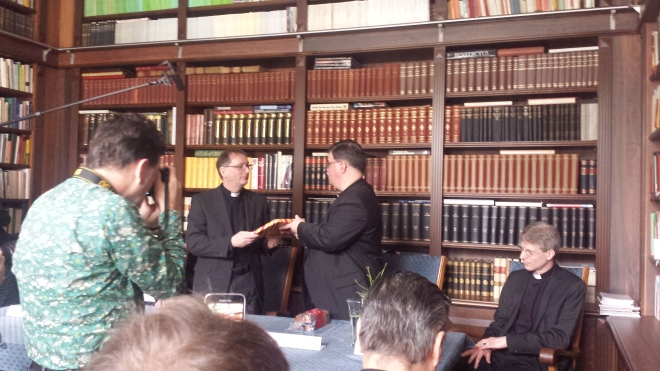 As for the future, the new bishop sees himself as a man of the parish. “The life of the Church must be realised in the parishes,” he said. “The faithful must take their baptism seriously, while the diocesan curia serves to support this.” As yet unfamiliar with his new diocese, the bishop-elect intends to start visiting the parishes soon after his consecration, which is scheduled for 3 June. Asked about his predecessors and how he compares to them, Msgr. van den Hout said that he simply wants to be himself, to be there for the people. He hasn’t taken up a position on how the diocese should be run, as this depends on the specific  local situation. He is curious and open about the Catholic life in the parishes of his new diocese, and will make any decisions based on what he finds.

*Statistics date from 2008. The expectation is that the actual and current numbers are lower).