It couldn’t have come on a more fitting day for the Diocese of Fulda. On 5 June they celebrated the feast day of their patron St. Boniface, which was celebrated over the weekend with the annual Bonifatius Fest which drew some 8,000 visitors, among them the bishop of that other diocese closely linked to St Boniface: Msgr. Ron van den Hout of Groningen-Leeuwarden.

On the same 5th of June it was announced this had been the last such day presided over by Bishop Heinz Joshistef Algermissen. That was not unexpected, as the bishop reached the age of 75 in February, and there was no reason to assume that his retirement would not be accepted within the following months. Bishop Algermissen led the Diocese of Fulda since 2001. Before that he served as an auxiliary bishop of Paderborn for five years.

The Diocese of Fulda, which traces its origins to the establishment of a monastery by the aforementioned St. Boniface in 744. In 751 the monastery became an abacy nullius under the direct responsibility of the Holy See, making the abbots independent from the local bishops. The prosperity of the abbacy grew, in 1220 it became an abbey-principality, and in 1752 it became a diocese in its own right, taking the name of Fulda. Over the subsequent centuries its borders were changed repeatedly, gaining territory in 1821 and 1929, and losing it in 1930 and 1973. The last change was a reflection of Cold War reality: parts of Fulda had been under Communist rule since the end of World War II, and in 1973 those parts, as well as parts of the Diocese of Würzburg, became a separate apostolic administration: Erfurt-Meiningen. In 1994 this became the Diocese of Erfurt. 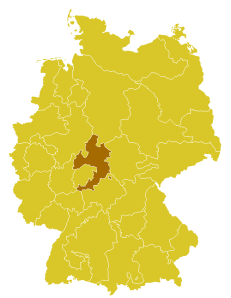 Today, the Diocese of Fulda covers the northerns and eastern parts of the Land of Hesse, a small part of Thuringia and and exclave in Bavaria. Within its 10,318 square kilometres live some 400,000 Catholics a little of 20% of the entire population. It remains a pilgrimage site because of St. Boniface’s wish to be buried there, instead of in Mainz or Utrecht. He had been killed in the Frisian swamps near what is now Dokkum in the Netherlands (hence the connection to the the Diocese of Groningen-Leeuwarden, hinted at above). With the acceptance of the retirement of Bishop Algermissen, and until the catedral chapter has chosen a diocesan administrator, Bishop Karlheinz Diez leads the diocese. He is Fulda’s sole auxiliary, making him the automatic choice for the role.

During his years in office, Bishop Algermissen had a clear eye on the future, creating 43 parish communities in ten deaneries by 2006, and in 2017 he created the strategy for the next decades until 2030. “When many today see an ever denser curtain blocking heaven from view and when the emancipation from God becomes a program, we are urgently called to establish a countermovement,” the bishop declared.

Commenting in Bishop Algermissen’s retirement, Cardinal Reinhard Marx expressed his gratitude for his service and hospitality (the German bishops meet in Fulda for their autumn plenary meetings), but also referred to his pro-life stance: “Regarding your work, I emphasise the special attention to unborn and dying life: protecting life from beginning to end has, also in public debates, always been a heartfelt concern for you.”

Bishop Algermissen was  a member of the Liturgy Commission and the Ecumenism Commission in the German Bishops’ Conference. He was vice-president of the latter commission.

The election of the new bishop follows the usual rules laid down in the Concordat between Prussia and the Holy See of 1929: the Papal Nuncio, Archbishop Nikola Eterovic, requests suggestions for the new bishop from the dioceses covering the former territory of Prussia and sends these to the pope. The pope, or rather the Congregation for Bishops, and following the collection of further information on the candidates by the nuncio, selects his three favoured candidates, and this list is then sent to the cathedral chapter, who elect their new bishop from that list. After approval from the governments of, in this case, Hesse and Thuringia, the cathedral chapter sends the name of the elected to the pope, who then appoints him. Following the publication of the name of the new bishop, a date for consecration (if the new appointee is not a bishop yet) and installation. The consecration of the new bishop falls to the metropolitan of the Church province of which Fulda is a part: Archbishop Hans-Josef Becker of Paderborn. Before this, however, the new bishop makes an oath of loyalty to the German state and the Länder of Hesse and Thuringia.

^On the day that Bishop Algermissen retired, the newly-appointed bishop of Würzburg, Msgr. Franz Jung, made his oath of loyalty to the prime minister of Bavaria, Markus Söder. Bishop-elect Jung will be consecrated and installed on 10 June. (Credit: Markus Hauck (POW))