I really shouldn’t be surprised anymore, but I was nonetheless yesterday. 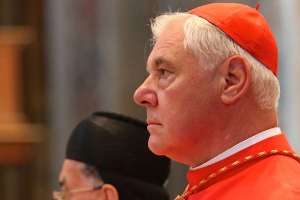 On Friday, Cardinal Gerhard Müller, former prefect of the Congregation for the Doctrine of the Faith and now a sort of free-roaming cardinal with no specific mission, issued a “Manifesto of Faith“. As he explains in the opening paragraphs he did so on the request of various people, both clergy and laity, in order to provide some measure of clarity to the confusion that exists about Catholic doctrine. Without doubt, we must understand this to be based in the different interpretations of recent papal teachings regarding such varied topics like marriage, sexuality and ecumenism. The teachings themselves may not be confusing, but their communication and interpretation most definitely are. But Cardinal Müller’s reasons go beyond this, and back over past decades and the formation, or lack thereof, of the faithful on matters of conscience, the nature of Christ, the Church, the sacraments, morality and eternal life. 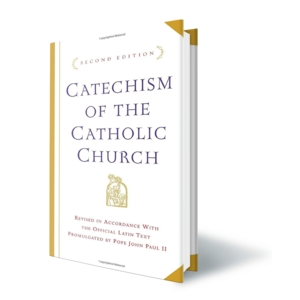 The manifesto is in the first place a summary of the Catechism of the Catholic Church, at least regarding the topics discussed. It is stuffed with references to paragraphs from the document, which aims to summarise the faith, and as such can serve as a helpful reminder of what it is that we confess as Catholics and how that affects our spiritual and daily life. Cardinal Müller also offers a few interpretations and explanations, which are all the interpretations of Tradition, communicated over the years and centuries by popes and theologians alike. Until those interpretations, for example that divorced and civilly remarried faithful can not receive Communion, are changed, they stand. They are what we are beholden to as Catholics. And, despite footnotes and desires expressed in interviews, under Pope Francis no steps have yet been taken to change this.

On to my surprise.

The reception of Cardinal Müller’s manifesto, especially in social media, has been as expected. Some quietly welcomed it, presenting it as a text worth reading, without, I must say, a lot of further comment. Others, however, including a significant number of Vatican commentators and reporters, have taken the text to frame the cardinal and his supporters:

Cardinal Müller, they say, is opposed to Pope Francis, and with this manifesto he presents an alternative Magisterium. Some have gone so far as calling him an anti-pope. How on earth, I wonder, can a text so rooted in the Catechism, in the faith that we all claim to confess as Catholics, be an alternative Magisterium? It is as if the critics claim that this is not the faith they confess, and, worse, not the faith that the pope confesses. If that were true, we would indeed have an anti-pope, but it would not be Cardinal Müller.

The criticism they level at Cardinal Müller is also marked not by theological refutations, but limit themselves to superficialities. The cardinal is angry at the pope for being dismissed as prefect of the Congregation for the Doctrine of the Faith, they say. We know this because of the way he signed his manifesto. He must be opposed to Pope Francis, because the Holy Father chooses not to discuss doctrine that much, instead focusing on social and charitable issues. Thus, they insist, the manifesto should not be taken seriously, even mocked (and not just the text, but in the first place its author).

Worst of all, those critics continue to insist that there is no confusion. There is therefore no other reason for Cardinal Müller to publish his manifesto than to position himself as an alternative authority to the pope. In reality, though, the different interpretations of various recent papal communications, and the spiritual and formative developments of the faithful over the past decades, are clear as day.

In the minds of Cardinal Müller’s attackers, a cardinal’s duty is to quietly fall in line with what the pope says and does. Their mission is not that of a shepherd, but of a sheep. Any hint at them overstepping that role is seen as an attack against them and what they consider the “fluffiest pope ever”, to borrow a phrase. This is an unhealthy attitude that changes the nature of the Magisterium and the hierarchy of the Church into a dictatorship. Some say that’s due to Pope Francis, but it’s his supposed self-appointed supporters who do the most damage.

The manifesto is text worth reading. As I’ve said above, it offers a reminder of what our faith actually entails in various matters. It says little about practical applications, but theologically it is a reminder of the rich foundation and intricate beauty of our faith. The manifesto is also a call to action, to rediscover that foundation and beauty, and grow beyond the earthly superficialities, which have their place and value, but which do not define our faith and unity with Jesus Christ.

The English text of Cardinal Müller’s manifesto is available in several places, such as here, while my Dutch translation can be found via this link.