As expected, following his February appointment to Kenya, Archbishop Bert van Megen was today also appointed as Apostolic Nuncio to Kenya’s northern neighbour: South Sudan. The Dutch archbishop’s appointment follows those of Archbishop Charles Balvo, who also served in both countries as nuncio from 2013 to 2018. 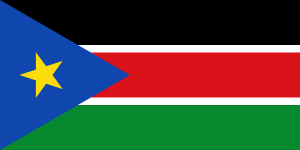 South Sudan is a fledgling country which has developed friendly links with the Vatican. President Salva Kiir visited the Vatican last week, and Pope Francis has expressed his wish to visit the country several times. Earlier plans for an ecumenical visit, together with Anglican Archbishop Justin Welby, were shelved for security reasons. On the occasion of President Kiir’s visit, the Holy Father repeated his wish “that conditions for a possible visit to South Sudan might be met, as a sign of closeness to the people and encouragement to the peace process”(Source).

South Sudan has seven dioceses, of which three are vacant, and two more have bishops aged 75 or older. Like in Kenya, Archbishop van Megen will have a fair number of files on his desk related to the appointment of new bishops. But perhaps most immediately interesting is related to the above papal wish to visit the country. As Nuncio, and especially ina  country with so few resident bishops, Archbishop van Megen will undoubtedly be entrusted with some role in the preparations, not least in the contacts between the South Sudanese government and the Holy See.