Visiting Liège for a conference on Monday, Cardinal Óscar Rodríguez Maradiaga (pictured above with Liège’s Bishop Jean-Pierre Delville), archbishop of Tegucigalpa in Honduras and one of the members of the C9, the council of cardinals advising Pope Francis on reforming the Curia, hinted at a possible consistory for the creation of new cardinals to be either held or announced in November. He also suggested that among the new cardinals could be the archbishop of Mechelen-Brussels, Jozef De Kesel, but chances are that that was just inspired by the fact that Cardinal Maradiaga was speaking in Belgium. And while Archbishop De Kesel could theoretically be made a cardinal – many of his predecessors were (with the notable – and regrettable – exception of Archbishop Léonard) – Pope Francis’ eye is not automatically focussed on the old dioceses of Europe when it comes to handing out red hats…

Between now and the end of the year, seven cardinals will turn 80 and thus become unable to vote in a conclave. The number of electors is now 114 and will be 107 at the end of November. If a consistory is held sometime in February, as the previous two were, at least one and perhaps two more cardinals will have aged out, allowing Pope Francis to create up to 15 new cardinals to bring the number of electors back up to the maximum of 120.

The nine cardinals turning 80 between now and mid-February are:

Of these, seven are retired, but it would be altogether too easy to expect their successors to be made cardinals after them ( and Cardinal Levada’s successor in the Congregation for the Doctrine of the Faith, Cardinal Müller, already is one). Still, it would fit with Pope Francis’ focus on the periphery, the plight of refugees and the importance of families to make Archbishops Alfred Martins in Lagos, Juan García Rodríguez in Havana and Vincenzo Paglia in the Pontifical Council for the Family cardinals. 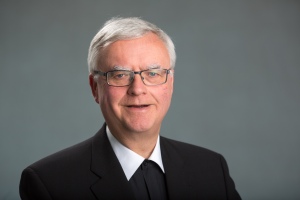 In addition to Archbishop De Kesel, there are some more possible candidates for a red hat in northwestern Europe. In Germany, Archbishop Heiner Koch (at right) of Berlin is one. Six of his predeccesors in the German capital were cardinals, and although elected by the cathedral chapter of Berlin, he was included on the list they chose from, which was okayed by Pope Francis. Another option, if a remote one, is Archbishop Stefan Heße of Hamburg, appointed by his fellow bishops to oversee the Church’s efforts in the refugee crisis, a topic close to Pope Francis’ heart. It would Hamburg’s  first red hat. I don’t foresee any new cardinals from other countries in the area. That said, anything’s possible, as Pope Francis has previously elevated cardinals from unlikely dioceses.

If Pope Francis creates any cardinals in this part of Europe, it would be a first. In his past two consistories he did make some German cardinals, but they were all either retired or working in Rome.