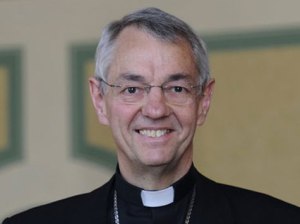 Archbishop Ludwig Schick, of the German Archdiocese of Bamberg, issued an interesting warning recently. The man is slowly disappearing from the Church. Just like society, the Church is ‘feminising’. The archbishop, who holds the ‘male affairs’ portfolio within the German Bishops’ Conference, stated that “we need to win them back”.

The Catholic Church has always maintained the innate equality of man and woman without making the mistake of saying that they are the same, a mistake that society is making. Physically, mentally and also spiritually, men and women are different. This difference is often ignored or outright denied in the name of equality, but they are very different concepts. One does not deny the other.

Emphasising and supporting women’s rights to do or say something is not threatened by doing the same for men, but that’s not what’s happening now, because of this fear that difference means inequality (slogans to the effect that we should “be different” or “be who we are” are just that: slogans. They merely reflect society’s acceptance of certain politically correct differences).

Archbishop Schick is right in his assessment that we lack a ‘masculine’ Church. We must engage the men in our congregations or run the risk of losing them. In my opinion that calls for a robust and practical faith life which is not afraid to take positions and have very tangible and practical goals. Simply put, we need men who are unafraid of being men. Brothers and fathers – biological and spiritual – who are unafraid to love, support and take responsibility.