Aside from blogging about Catholic things, another of my interests is history. Today I visited an exhibition of Viking artefacts, so why not share a view photos showcasing the Christian element in some of those artefacts.

The head of a crozier, depicting the Old Testament story of Jonah and the whale.

A large reliquary which once contained a relic of the Cross, the story goes. It ended up in Poland and was destroyed in the Second World War. This is therefore a replica. 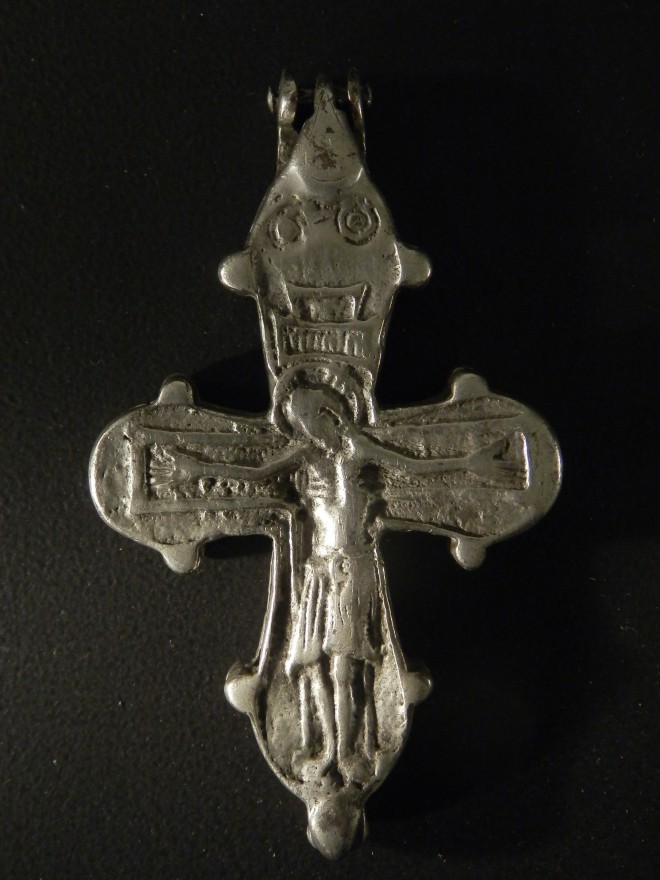 Another reliquary, if much smaller, designed to be carried around on a necklace or in a pocket.

Silver thread on linen, an image of a deer. Deer were often used in Christian Viking imagery, no doubt based on Psalm 42.

In today’s Gospel reading at Mass, Jesus gets serious, even somewhat angry. Anyone who is a parent, will recognise this, I would imagine; the exasperation at a child who seems to be willfully ignorant of things you’ve told him countless times already. 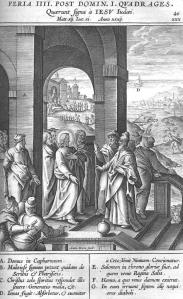 “The crowds got even bigger and he addressed them, ‘This is an evil generation; it is asking for a sign. The only sign it will be given is the sign of Jonah. For just as Jonah became a sign to the people of Nineveh, so will the Son of man be a sign to this generation.
On Judgement Day the Queen of the South will stand up against the people of this generation and be their condemnation, because she came from the ends of the earth to hear the wisdom of Solomon; and, look, there is something greater than Solomon here.
On Judgement Day the men of Nineveh will appear against this generation and be its condemnation, because when Jonah preached they repented; and, look, there is something greater than Jonah here.”

Jesus refers back to two episodes from the Old Testament: the story of the Jonah and that of the Queen of Sheba (1 Kings 10: 1-10). He compares the people asking for a sign of who He was, with these historical people: both believed something less greater than Him upon seeing it – Jonah’s call for repentance and Solomon’s wisdom. People did not continue asking for more signs of wisdom or proof of God’s anger, but at some point they believed in them.

Those signs, and more, are given for all time. They are related to us in Scripture and Tradition, and we are invited to take them seriously, to base our faith on them, just as much as on our personal relationship with God.

The Lord is not a magician who will perform the same trick over and over again. They are not tricks, even, and in a sense the refusal to keep giving signs is an indication of how seriously God takes us. He doesn’t tell us to sit back and let Him take care of everything faithwise. No, He gives us the means to do it for ourselves and grow in the process, just like a parent at one point allows their child to learn things by doing and so grow.

Art credit: “The Jews ask for a sign from Jesus”, woodcut by an unknown artist, published in Jerome Nadal’s Evangelicae Historiae Imagines (1593). In the background Jonah’s whale and the Queen of Sheba’s retinue are visible.