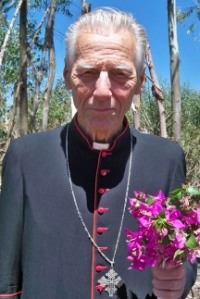 0 November: Bishop Theodorus van Ruyven (pictured) retires as Vicar Apostolic of Nekemte. The Dutch-born bishop of the Congregation of the Mission first became prefect of the Apostolic Prefecture of Jimma-Bingo (since elevated to an Apostolic Vicariate) in Ethiopia in 1998. In 2009 he was appointed is Vicar Apostolic of Nekemte, and with that appointment came an ordination as bishop. His titular see is Utimma. Earlier this year he co-consecrated his eventual successor, Bishop Varghese Thottamkara, as Coadjutor Vicar Apostolic.

11 November: Domenico Cardinal Bartolucci passes away. The highly respected retired director of the Sistine Chapel choir passed away at the age of 96. Pope Benedict XVI made him a cardinal in 2010, because of the work he had done for liturgical music in a career that spans as far back as the late 1940s. In addition to conducting and leading various choirs, Cardinal Bartolucci was also a composer. His funeral Mass was offered by Cardinal Angelo Sodano, with Pope Francis offering the final commendation. The Mass may be viewed here. There are now 200 cardinals, with 109 of them being electors 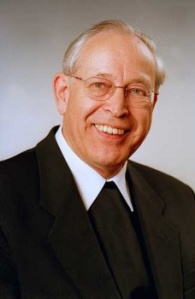 21 November: Bishop Rainer Klug (pictured) retires as Auxiliary Bishop of Freiburg im Breisgau, a function he held since 2000. His retirement was granted less than a month before his 75th birthday, and comes shortly after the retirement of Freiburg’s Archbishop Zollitsch. He was a member of the commissions for liturgical questions and for discernment and education in the German Bishops’s Conference.

28 November: Bishop Max Georg von Twickel passes away at the age of 87. He was auxiliary bishop of Münster and titular bishop of Lugura. Bishop Heinrich Timmerevers, an auxiliary of the same diocese, remembers him for his sharp analytical mind and his sense of humour. Bishop Felix Genn, the ordinary, also adds his memory competence and highly developed theological knowledge. Bishop Von Twickel had been a priest of Münster from 1952 to 1973, when he was appointed as auxiliary bishop, a function he held until his retirement in 2001.