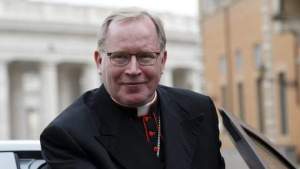 Kerknet, the website of the Catholic Church in Flanders, features a piece on Cardinal Eijk’s contribution to the 11 Cardinals Book, and reveal some more context to his arguments, which until now have only been shared in short quotes (at least for those who have not read the book, like your blogger). Such quotes out of context do little to accurately reflect the thoughts of the cardinal, and have generally been maligned in Catholic and secular media. How I wish Cardinal Eijk or those around him would be less hesitant (afraid even?) to share his arguments and his involvement in the Synod and related events (for example, it would have been good to hear or read some comments from the cardinal himself about his involvement in the World Meeting of Families in Philadelphia last week – this is a high-profile Catholic event which draws attention from across the globe, and a more open and sharing approach would do much good, both at home and abroad).

In his contribution to the book that eleven cardinals published in relation to the Synod of Bishops on the family (Eleven Cardinals Speak on Marriage and the Family, pp. 45-55, published by Ignatius Press), Dutch Cardinal Wim Eijk argues that the Church’s  teaching about divorced and remarried Catholics must be preserved unchanged. The long history of Church practice and repeated statements from the Magisterium that divorced and civilly remarried people can not be allowed to receive Communion, indicate clearly that this is an unchangeable doctrine, according to the Dutch Church leader. The Catholic Church can accommodate them pastorally by giving them a blessing, so that they not feel excluded.

Theological sources in Scripture and the tradition of the Catholic Church are sufficiently clear, according to Cardinal Eijk. The passage from the Gospel of Matthew (“I tell you that he who puts away his wife, not for any unfaithfulness of hers, and so marries another, commits adultery”, Matt. 19:9), which is used by the eastern Orthodox Churches to allow a second or third marriage of someone who is divorced, can not be invoked to make a second sacramental marriage possible. “The magisterium of the Church has always been clear and resolute about the indissolubility of a marriage that has been consummated, as well as the absolute prohibition of divorce, followed by a new marriage.”

Cardinal Eijk does not believe that dissolution because of lack of faith, or a simplification of the procedures for the nullification of a marriage, is a pastoral way out. The Catholic Church should communicate the faith better and emphasise its basis more adequately and clearly, “something that was neglected in the past half century”. Couples preparing marriage should have “at least five to ten” sessions of marriage preparation and “priests should dare to ask couples who want a church wedding if they believe in the indissolubility of marriage. In the interest of the couples themselves they should be more selective about who they give access to the sacrament of marriage.”

“In Dutch dioceses those who want to are invited to come forward for Communion. Those who can not receive Communion are asked to come forward with their arms crossed, as a sign to be given a blessing.” The archbishop notes that this practice, which is especially common for Protestants attending a Eucharist and which helps avoid endless debates, can also be extended to those who are divorced and civilly remarried. 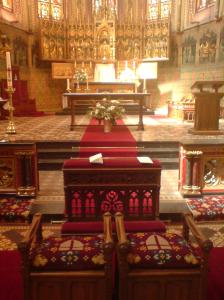 The whole debate about nullification or dissolution of a marriage is an intricate one, and it should always be reminded that a marriage can not be nullified. It can only be established that it was null from the very beginning, to the effect that there never was a marriage to begin with. The reasons for this are many, but for the purpose of this blog posts it suffices to say that they establish the validity of the marriage. One of the most convincing for those outside the world of canon law and ecclesiastical courts is perhaps that a marriage must be entered into out of free will; there can be no coercion, for any reason. If someone was forced into a marriage, it can be established that the marriage was null, that it never existed.

In relation to this, there must be a greater focus on and recognition of the fact that the couple did share much, even if it was no marriage. Our eyes should always be open to reality. That is a first step towards mercy. People need recognition of themselves and their lives. But recognition can never be automatically equated to approval. It’s a fine line we must walk as Church, but isn’t that always the case when we are in the business of dealing with people?

The 11 Cardinals book is published today by Ignatius Press, but at the end of last month, Rorate Caeli already posted a first review. One of the contributing authors of Eleven Cardinals Speak on Marriage and the Family: Essays from a Pastoral Viewpoint is Cardinal Wim Eijk, and he is quoted in the review:

“Cardinal Willem Jacobus Eijk says it in his essay forthrightly when he speaks of a “faulty knowledge of the faith or a lack of faith per se” among the married couples today and says that “catechesis has been seriously neglected for half a century.” And he concludes:

True pastoral ministry means that the pastor leads the persons entrusted to his care to the truth definitely found in Jesus Christ who is ‘the way, and the truth, and the life’ (Jn 14:6). We must seek the solution to the lack of knowledge and understanding of the faith by transmitting and explaining its foundations more adequately and clearly than we have done in the last half century. (p. 51)

Eijk reminds us that Christ entrusted the Church “to proclaim the truth.” Practically, he proposes to make the thorough preparation for future spouses an emphatic and persevering duty of the Church, and to ask the future spouses explicitly, at the onset, whether they accept the indissolubility of marriage. If they deny this doctrine, he says, they should be denied the sacrament of matrimony.” 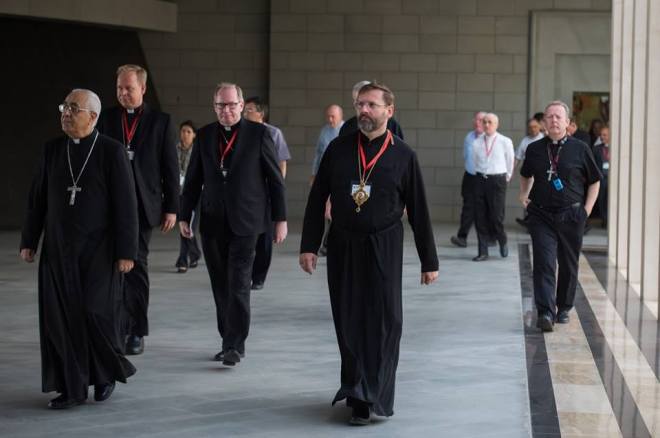 ^Cardinal Eijk, third from left, in Jerusalem at the plenary meeting of the CCEE which took place over the past week.

The forthright and objective language used by the cardinal – the concerns and focus of the book are pastoral, but that does not mean the content and reasoning should not also be doctrinal – have once again resulted in criticism in the Netherlands. The cardinal is accused of insensitivity towards the faithful, to name an example. Certainly, the Church should be pastoral and merciful when the faithful come to her to be married or receive another sacrament, but she should not deny the faith she has been tasked to protect and communicate. Catholic teaching about marriage is clear, and when a couple is clear in their intent to follow that teaching and receive the sacrament, the Church, through her ministers, will witness to their marriage. In other circumstances however, when a couple does not agree with some element or other of the sacrament of marriage, or does not intend to accept it in its fullness, the Church can’t, in good conscience, be a witness to their marriage. Marrying in Church is not some sentimental affair or a nice photo opportunity. It is a sacrament, with rights but certainly also duties, for couple and Church alike, but which ultimately helps us on our journey towards God. God invites and enables us to accept His invitation through the grace of the sacrament, to live in the fullness of marriage, and so in the fullness of our humanity according to our vocation.

In my opinion, Cardinal Eijk is spot on about the importance of renewed catechesis. Our faith is rich and beautiful and, granted, sometimes difficult. As baptised Catholics we deserve nothing less to know it and let it transform us, to come ever closer to God. God ceaselessly invites, but we should know His invitation before we can accept it.

Cardinal Eijk’s contribution to Eleven Cardinals Speak on Marriage and the Family: Essays from a Pastoral Viewpoint is a doctrinal treatise of a pastoral problem. He sees a lack of knowledge of the faith as the root of the problem, and it is exactly the duty of the Church’s pastors to remedy that, to help people on their way to the Truth. For that journey, people need both mercy and teaching, the first to help overcome the personal failings everyone has, the second to show our destination and help us reach our fullest human potential as creatures wanted and loved by God.